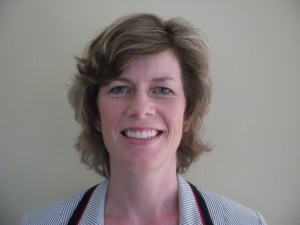 Dr. Sarah Lischer, Associate Professor in the Department of Politics and International Affairs of the Wake Forest University.

She is the author of Dangerous Sanctuaries: Refugee Camps, Civil War, and the Dilemmas of Humanitarian Aid (Cornell University Press, 2005). She has published widely on the topics of humanitarian crises, human rights, military intervention, African politics, and forced migration in journals such as International Security, Global Governance, the Harvard International Review, Civil Wars, and The American Scholar. Lischer has been awarded fellowships and grants by, among others, the Berghof Foundation, the Peace Research Institute of Oslo, Harvard University’s Belfer Center for Science and International Affairs, and the Harry Frank Guggenheim Foundation. She is writing a book on atrocity narratives and reconciliation after genocide.

Who owns the past? Power, voice, and memory after genocide

After a genocide, even before the decomposing remains of the dead have been interred, the race to remember begins. This is because ownership of the past confers power in the present. The dominant narrative has the privilege of labeling victims and perpetrators, interpreting history, assigning meaning to suffering, and setting the post-atrocity political agenda. Therefore, ownership of the past, in terms of the public account, is deeply contested, even to the point of resuming violence. Although stories and storytelling play a crucial role in post-conflict politics and recovery, many political scientists and policy makers ignore the significance of the atrocity narrative. In particular they ignore two types: memoirs and memorials. Both memoirs and memorials have contributed to the development of a globalized atrocity narrative which privileges Western voices in post-genocide countries. This has altered fundamentally the relationships between narrative, politics, and public engagement, revealing the deeply political nature of memorials and memoirs. For building peace after genocide, it is essential to analyze who speaks, who is silenced, and who listens to the story.