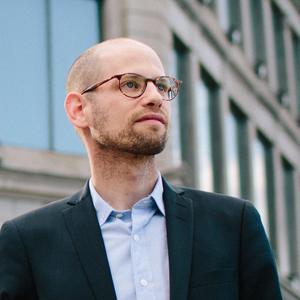 The Nanovic Institute for European Studies will present the 2019 Laura Shannon Prize to Max Bergholz, author of Violence as a Generative Force: Identity, Nationalism, and Memory in a Balkan Community, published by Cornell University Press.  Bergholz will deliver a public lecture as well as meet with students and faculty during his visit to the University of Notre Dame.

His lecture, entitled Telling Histories of Violence Without Borders, explores how we might tell histories of violence in ways that capture their local specifics, but also transcend the temporal, geographical, and disciplinary borders that often delineate the form that such histories can take.

Three subjects will be explored in Bergholz’s lecture: first, the problem of disciplinary provincialism; second, the transformative experience of fieldwork; and, third, the practice of historical empathy. The significance of these subjects will be illuminated through the telling of a set of stories about the making of the book, Violence as a Generative Force: Identity, Nationalism, and Memory in a Balkan Community (Cornell University Press, 2016), which is a microhistory of a community that was convulsed by intercommunal violence during the summer of 1941.

These stories will set the stage for a broader reflection about how histories of violence can be told in ways that break new empirical and theoretical ground while capturing the attention of the widest possible audience.

Max Bergholz is associate professor of history at Concordia University in Montreal, where he holds the James M. Stanford Professorship in Genocide and Human Rights Studies.  His work focuses on microhistorical approaches to the history of modern Europe with an emphasis on the local dynamics of nationalism, intercommunal violence, and historical memory.