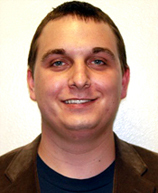 “The project relates to the question of whether or not more religious countries—and more religiously divided countries—are less likely to build and maintain democracy,” Hoffman says. “Ultimately, I find that only the conjunction of both of these phenomena seems to inhibit democracy; that is, neither religiosity nor religious fractionalization alone seems to lessen the likelihood of democracy, but countries that are both religious and religiously divided appear to find democracy more difficult to establish and sustain.”

Founded in 1952, the NSF Graduate Research Fellowship Program funds projects with the potential to have lasting, beneficial effects on society and the environment. Only slightly more than eight percent of applicants are selected, and it is open to students from a wide variety of disciplines, including political science, psychology, linguistics, history, anthropology, physics, chemistry, engineering, and life sciences, among others.

“I’m happy that the NSF saw my work as containing enough scientific merit to be worthy of funding,” Hoffman says. “Professor Coppedge has always emphasized to me that political science is really a ‘science’—and that outlook has influenced my work in a big way.”

The NSF research award includes three years of support, consisting of an annual stipend, a cost-of-education allowance, and a one-time international travel allowance.

While Hoffman’s research focuses on international issues, Parikh is delving into domestic politics—particularly in the area of health care. 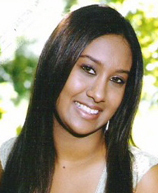 “My father is a physician, and he’s always talked to me about his work,” says Parikh, a political science and psychology major. “I learned from him that doctors often want to change health policies they know don’t work for them or for their patients—but they don’t know how.”

As one of just 60 students nationwide to be named a 2010 Truman Scholar, Parikh will receive graduate study funds, priority admission, and supplemental financial aid at select institutions as well as leadership training, career and graduate school counseling, and special internship opportunities within the federal government.

The Truman scholarship foundation was established in 1975 as a “living memorial” to President Harry S. Truman. Its rigorous selection process evaluates applicants on the basis of leadership potential, intellectual ability, and likelihood of “making a difference.” Applicants must write a policy proposal that addresses an important societal issue, and Truman scholars each commit to doing public service in government or the nonprofit sector.

Parikh is seeking a law degree and a master’s in public health. She plans to help doctors and their patients as a lawyer focusing on regulatory law for the health care industry.

“I am looking forward putting my ideas to work in government,” she says. “I know that good legislation can make a real difference in people’s lives.”