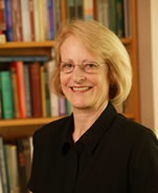 Plato’s Philosophers: The Coherence of the Dialogues by Catherine Zuckert, Nancy Reeves Dreux Professor of Political Science at the University of Notre Dame, received three 2009 American Publishers Awards for Professional and Scholarly Excellence (PROSE Awards), including the top prize, the R.R. Hawkins Award.

With the prestigious R.R. Hawkins Award, Zuckert’s book was recognized as the most outstanding professional, reference, or scholarly work in 2009. Plato’s Philosophers also took the PROSE Award in Philosophy and the Award for Excellence in the Humanities. More than 400 books were submitted to the annual award program.

“I am pleased to see that the Professional and Scholarly Publishing Division of the Association of American Publishers recognizes what her colleagues have long known: Catherine Zuckert is an extraordinary scholar, more than deserving of this triple honor,” says Michael Desch, chair of Notre Dame’s Department of Political Science. “Her most recent book, Plato’s Philosophers, will not be her last major scholarly contribution, but it is certainly a milestone in her distinguished career. We are very proud of her.”

Published by the University of Chicago Press, Plato’s Philosophers, a 900-page volume that is the culmination of 12 years of research, writing, and editing, takes on the difficult task of discerning Plato’s true ideas from the contradictory voices he used to express them.

“Most students of Plato now agree that it is necessary to read each of the dialogues as a whole, taking account of both the literary and the philosophical aspects,” Zuckert says. “But no one has shown how these little prose dramas go together to constitute a comprehensive view.” 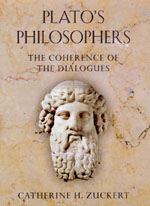 That’s the purpose of her book, in which she proposes a new way of reading these imaginary conversations that organizes them by the dates Plato says they would have taken place rather than speculations about when he wrote them.

“If we line the dialogues up in terms of their ‘dramatic dating,’” Zuckert says, “we see that the dialogues constitute a narrative. They tell the story of the rise, development, and limitations of Socratic philosophy.”

Zuckert’s scholarly research focuses on the history of political philosophy and the relationship between literature and politics. Her book Natural Right and the American Imagination: Political Philosophy in Novel Form won the Professional and Scholarly Publishing Award for the best book written in philosophy and religion from the American Association of Publishers in 1990. Understanding the Political Spirit: From Socrates to Nietzsche, edited by Zuckert, received a Choice award as one of the best books published in political theory in 1989. She is in her fifth year as editor-in-chief of The Review of Politics, a quarterly journal established at Notre Dame in 1939 and, since 2006, published by Cambridge University Press.

The Association of American Publishers (AAP) is the national trade association of the U.S. book publishing industry. AAP’s more than 300 members include most of the major commercial publishers in the United States, as well as smaller and non-profit publishers, university presses, and scholarly societies.