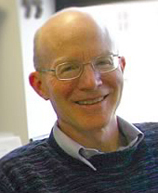 Scott Mainwaring, Eugene P. and Helen Conley Professor of Political Science and director of the Helen Kellogg Institute for International Studies, was recently inducted into the American Academy of Arts and Sciences (AAAS).

Since its founding during the American Revolution, the academy has elected leading “thinkers and doers” from each generation, including George Washington and Benjamin Franklin in the 18th century, Daniel Webster and Ralph Waldo Emerson in the 19th century, and Albert Einstein and Winston Churchill in the 20th century.

“I’m thrilled and incredibly honored to have been elected to the American Academy of Arts and Sciences. It is the high point of my career so far,” saysMainwaring, a past chair and director of graduate studies of Notre Dame’s Department of Political Science.

Mainwaring’s research focuses on democracies and party systems in Latin America. His recent books include The Rise and Fall of Democracies and Dictatorships (forthcoming) and, as co-editor, Democratic Governance in Latin America (2010). He has published 10 books with Stanford, Cambridge, Oxford, and Notre Dame presses.

Mainwaring, who joined the Notre Dame faculty in 1983, holds bachelor’s and master’s degrees from Yale University and a doctorate from Stanford University. In 2007, he was listed as one of the 400 most cited political scientists teaching in the United States. In 2005, he won the James A. Burns, C.S.C., Graduate School Award, given annually to a Notre Dame faculty member for distinguished teaching of graduate students.

Mainwaring was inducted into the academy in October 2010, along with 228 other leaders in the sciences, humanities, arts, business, public affairs, and the nonprofit sector.

In welcoming the new member scholars, Leslie Berlowitz, AAAS Chief Executive Officer and William T. Golden Chair, noted that the academy looks forward “to drawing on their knowledge and expertise to provide practical policy solutions to the pressing issues of the day.”

Also joining the academy this year were University of Notre Dame President John I. Jenkins, C.S.C., and History Professor R. Scott Appleby, the John M. Regan, Jr., Director of the Kroc Institute for International Peace Studies. Their inductions bring to 21 the number of Notre Dame faculty members selected to join the AAAS.