Students at Notre Dame are known for wanting to create positive change in the world—and majors in the Department of Political Science are certainly no exception.

To help them prepare to do just that, the department hosted three speakers over the past year who offered students insight into a variety of nonprofit and public service professions. Those who shared their expertise included Oxfam America President Raymond Offenheiser; John Fetterman, the innovative mayor of Braddock, Penn.; and Pennsylvania State Rep. Brendan Boyle. 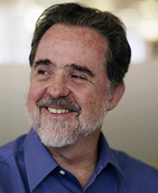 Offenheiser, who was graduated from Notre Dame in 1971 with a degree in history and sociology, offered inspiration and career guidance to students as part of the annual “Making a Living Making a Difference” event co-sponsored by the Department of Political Science, the Career Center, the Master of Nonprofit Administration Program, Notre Dame Law School Career Services, the Center for Social Concerns, the Higgins Labor Studies Program, and the Kellogg Institute for International Studies.

“We were particularly excited to have Ray Offenheiser as our keynote speaker because of the global breadth of Oxfam and his long career in international humanitarian issues,” says Anita Rees, associate director of Arts and Letters and graduate students at the Career Center. “He delivered a powerful presentation, challenging us to examine how we are making a difference in global issues right now, wherever we are.”

Offenheiser, who received a master’s in development sociology from Cornell, has spent his entire career in the nonprofit sector and is a recognized expert on issues such as poverty alleviation, human rights, foreign assistance, and international development. He is currently the president of Oxfam America, the U.S. affiliate of Oxfam International, a relief and development agency that helps communities worldwide rebuild after disasters.

According to Rees, attendance at Offenheiser’s lecture was at an all-time high for the series—approximately 250 people came to hear him speak. Students also stayed after the presentation to engage in small group discussions about careers in the nonprofit fields with Offenheiser and representatives fromorganizations including AmeriCorps, the American Red Cross, Catholic Relief Services, the Casa Maria Catholic Worker House, Feed the Children, and Hospice/Uganda.

The positive response, Rees says, “swept us off our feet.” 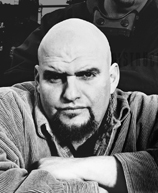 Turnout was also strong for the talk by Fetterman, who holds a master’s in public policy from Harvard University and was dubbed by Rolling Stone the “Mayor of Hell” for his efforts to revive the crumbling Rust Belt town he first moved to as an AmeriCorps volunteer in 2001.

After experiencing first hand the needs of the town and its residents, he decided to take his municipal improvement efforts to a new level of engagement and innovation.

First, in 2005, Fetterman ran for and was elected mayor. Then, he initiated a series of community programs and booster activities—including, for example, the promotion of Braddock as “an unparalleled opportunity for the urban pioneer, artist, or misfit to be a part of a new, experimental effort”—that have drawn national media attention and much-needed support to the town.

“I saw him on The Colbert Report and was intrigued by his unusual approach to working as a mayor and decided Notre Dame students needed to hear his story,” says Carolina Arroyo, an associate professional specialist in the political science department who serves as associate director of undergraduate studies and director of internships. “Students need to see that creative thinking can help find new solutions to common problems.”

While on campus, the mayor also spoke with a smaller group of political science majors about his work in Braddock and the power of working intimately with local communities to effect change.

The feedback about his visit has been enthusiastic—and lasting, Arroyo says. “People still ask me about him and if I plan to bring another person like him to campus.” And while no definite plans have been made, Arroyo says she is looking into bringing Corey Booker, mayor of Newark, N.J., to speak in the future. 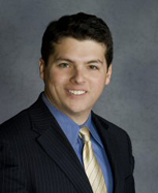 The third speaker the department sponsored last year was Brendan Boyle ’99, who is actively shaping public policy as a member of the Pennsylvania House of Representatives.

As an undergraduate, Boyle majored in government, earned a minor through the Hesburgh Program in Public Service, and participated in the University’s Washington Program. After graduation, he worked for two years at a consulting firm before going on to pursue a master’s degree in public policy from Harvard University’s John F. Kennedy School of Government.

Liz LaFortune, who was the coordinator of the Washington Program at the time, invited Boyle to campus to share his experience with students. “Brendan is the first alum of the program to be elected to political office,” she says. “He spoke about his preparation for political office while at Notre Dame and, specifically, within the Washington Program.”

Boyle also offered insights on graduate school, running a successful campaign, and the challenges and rewards of a career in public service. He says the path to public office isn’t always easy, but perseverance pays off.

Boyle’s talk had a wide appeal, Arroyo says. “Younger alums like [him] relate very well to our students—and Brendan was particularly valuable because of the variety of his experience.”