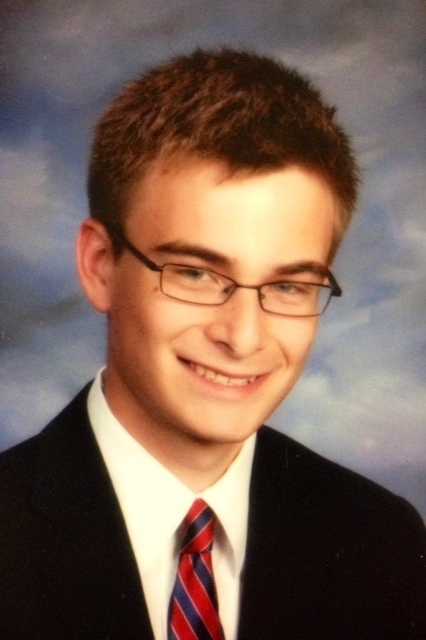 1. What initially attracted you to declare a Political Science major?
-"I came to college with a long-standing affinity to political science, fairly certain I would choose it as a major. I decided to declare after 2 semester of working with excellent faculty political scientists (Professors Abbey, Kaplan, and Deneen) whose classes solidified my prior intentions."

2. What do you enjoy about studying Political Science?
-"I enjoy being in contact with all the brilliant faculty of the department (hopefully some of that brilliance will rub off on me), and analyzing political topics with implications for our national well-being (demographics & elections, Internet freedom, philosophical foundation of government, etc.)"

3. What Political Science classes have you taken that have been of particular interest to you?
-"Politics & the Internet, a university seminar, made me consider closely the implications of my Internet use on politics, and the implications of politics on world Internet usage. Widely considered a vehicle for social empowerment, the Internet has a political dark side that must be watched carefully. Political Theory has been an enlightening course, laying out the progression of theories of government that ultimately led up to the many forms of government we see today. Classical and early-modern political writers and their oftentimes conflicting ideas reflect the ongoing clash of modern theories of government."

4. Which do you hope to take in the future? And Why?
-"Southern Politics is an enticing choice, as it will give me a chance to consider closely the political implications of Southern demographics. Demographic analysis interests me deeply, and I'd love to spend a semester analyzing how the demographics of one region can be such a powerful driving force in national politics."

5. Where do you hope to go with this major? Career path?
-"I'd like to be a professor of some as yet undetermined discipline of political science, and I aspire to take part in the municipal government of my hometown Indianapolis as an elected official."