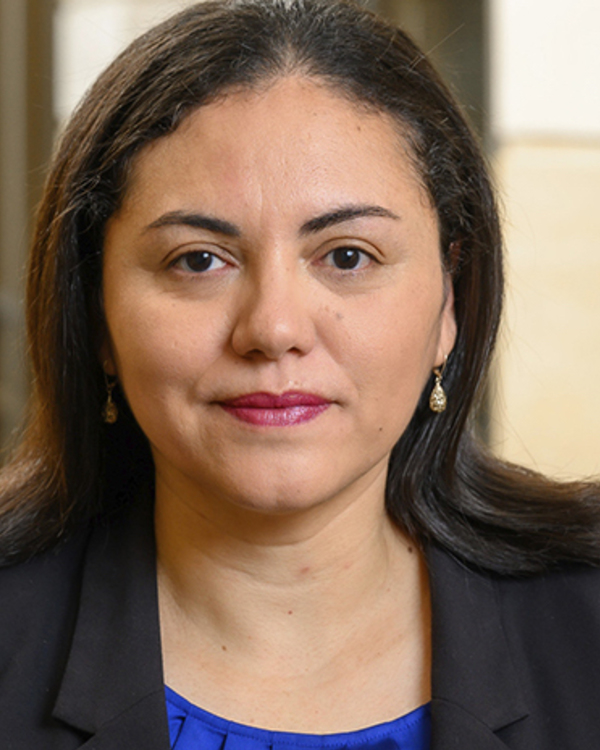 Abby Córdova is an associate professor of global affairs in the Keough School of Global Affairs at the University of Notre Dame. She also is a faculty fellow of the Keough School’s Kellogg Institute for International Studies, where she was a visiting fellow in 2019. Córdova’s research examines the consequences of inequality and marginalization for democracy, integrating topics related to crime and violence, gender inequality, economic inequality, and international migration in the context of Latin America and the Caribbean. Her research seeks to identify public policies that can improve the well-being of disadvantaged citizens and in this way advance democratic consolidation across the world.

As an expert on survey research methodology, Córdova’s work relies extensively on public opinion and elite survey data. Her current research includes a book project that explores how criminal governance makes women more vulnerable to gender-based violence and its consequences for women’s political engagement. Córdova is associate editor for politics and international relations for the Latin American Research Review, a multidisciplinary, peer-reviewed journal published by the Latin American Studies Association. In addition, her research has been published in numerous peer-reviewed journals and recognized with the 2020 Southern Political Science Association (SPSA)’s Marian Irish Award and the 2017 Midwest Political Science Association (MPSA)’s Sophonisba Breckinridge Award for best paper on women and politics.

Córdova  was the 2016-2017 Central American Visiting Scholar of the David Rockefeller Center for Latin American Studies at Harvard University. Prior to coming to Notre Dame, she was an associate professor at the University of Kentucky in the Department of Political Science. At the University of Kentucky, she served as director of the Women in Political Science and Diversity and Inclusivity initiatives and received the College of Arts & Science 2018-2019 Diversity and Inclusion Award. She has also been a Fulbright scholar and worked as a consultant for the World Bank’s Poverty and Gender section for Latin America and the Caribbean. More recently, she served as the principal investigator of a project funded by USAID that developed a methodology to measure community resilience in contexts of high crime.