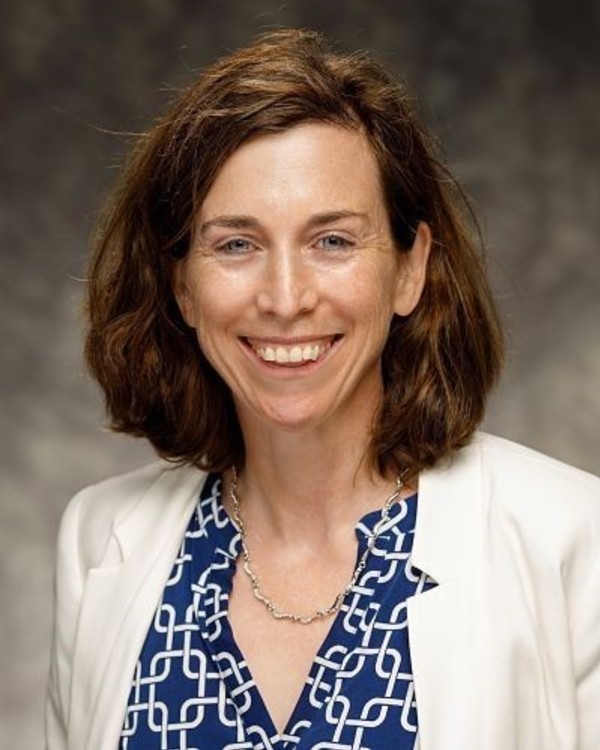 Office Hours: Tuesdays and Thursdays 12:30 p.m. to 2:00 p.m. outside by the Woman by the Well Statue (West side of O'Shaughnessy)

Eileen Hunt is a political theorist whose scholarly interests cover modern political thought, feminism, the family, rights, ethics of technology, and philosophy and literature. She has taught at Notre Dame since 2001. Her books are 'Family Feuds: Wollstonecraft, Burke, and Rousseau on the Transformation of the Family' (SUNY, 2006); 'Wollstonecraft, Mill, and Women's Human Rights' (Yale, 2016); 'Mary Shelley and the Rights of the Child: Political Philosophy in "Frankenstein"' (Penn Press, 2017); and 'Artificial Life After Frankenstein' (Penn Press, 2020). She is also an editor of several academic volumes and scholarly editions: 'Feminist Interpretations of Alexis de Tocqueville' (co-edited with Jill Locke for Penn State's Feminist Interpretations series, 2009); 'Reminiscences and Traditions of Boston' by Hannah Mather Crocker (an annotated edition of the c. 1822-29 manuscript, co-edited with Sarah L. Houser for NEHGS, 2011); 'A Vindication of the Rights of Woman' by Mary Wollstonecraft (a teaching edition of the 1792 book, with new scholarly commentaries and timelines, for Yale's Rethinking the Canon series, 2014); 'The Wollstonecraftian Mind' (38 chapters from an international team of contributors, co-edited with Sandrine Bergès and Alan Coffee for Routledge's Philosophical Minds series, 2019); and the two-volume reference set 'Portraits of Wollstonecraft' (with 31 annotated illustrations, for Bloomsbury Philosophy, 2021). She has received grants and fellowships from the American Council of Learned Societies (2015-16), the Notre Dame Institute for Advanced Study (2019), and the Alfred P. Sloan Foundation, Public Understanding of Science, Technology & Economics Program (2019-20) to support her writing. Her essays, political analyses, and opinion pieces have appeared in Aeon Magazine, The Washington Post, The New York Times, The Chicago Tribune, Public Seminar, and The TLS.