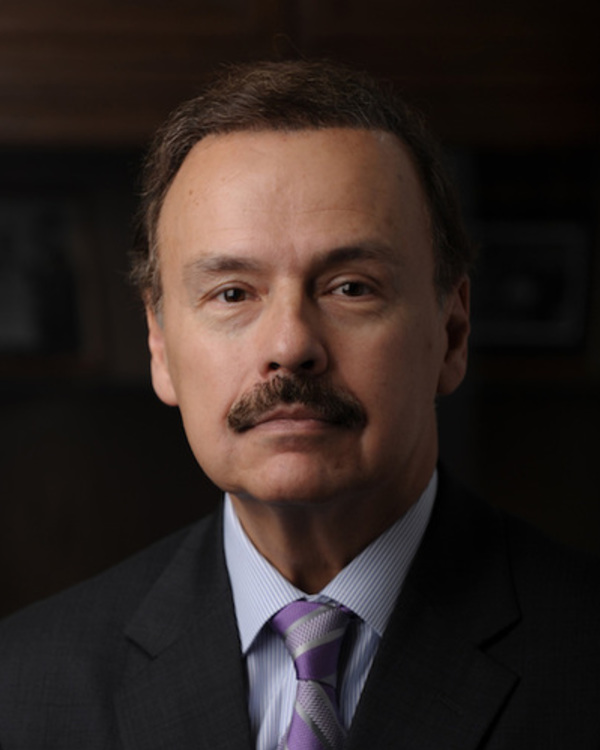 Jimmy Gurulé is an expert in the field of criminal law, international criminal law, terrorism and terrorist financing, and national security law. He served as Associate Dean for Academic Affairs in 1998-1999. He earned his B.A. from the University of Utah in 1974, and his J.D. from the University of Utah College of Law in 1980. A member of the Utah State Bar since 1980, Gurulé has worked in a variety of high-profile public law enforcement positions including as Under Secretary for Enforcement, U.S. Department of the Treasury (2001-2003), where he had oversight responsibilities for the U.S. Secret Service, U.S. Customs Service, Bureau of Alcohol, Tobacco, and Firearms, Financial Crimes Enforcement Network, Office of Foreign Assets Control, and the Federal Law Enforcement Training Center; Assistant Attorney General, Office of Justice Programs, U.S. Department of Justice (1990-1992); and Assistant U.S. Attorney, where he served as Deputy Chief of the Major Narcotics Section of the Los Angeles U.S. Attorney’s Office (1985-1989). Among his many successes in law enforcement, Gurulé was instrumental in developing and implementing the U.S. Treasury Department’s global strategy to combat terrorist financing.

Gurulé is a member of the Seventh Circuit Court of Appeals Committee on Pattern Criminal Jury Instructions, American Law Institute, Faculty Advisory Board of the Center for Civil and Human Rights at the Notre Dame Law School, elected as a Fellow of the National Academy of Public Administration (2009), and selected as a member of the United Nations expert working group on “Public Corruption and the Negative Impact of the Non-Repatriation of Funds of Illicit Origin on the Enjoyment of Human Rights.” He has served as a consultant to the American Bar Association Rule of Law Initiative advising the governments of Armenia, Belize, and Bahrain on criminal justice reform. Gurulé has also served as an expert witness and consultant on several high profile anti-money laundering and counter-terrorism cases, including the 1983 terrorist bombing of the U.S. Marine barracks in Beirut, Lebanon, and 1998 terrorist bombings of the U.S. embassies in Kenya and Tanzania.

Gurulé is a prominent member of the Hispanic legal community, having served as President of the Hispanic National Bar Association in 1989 and received the Graciela Olivarez Award in 2006. He also serves as the faculty advisor to the Hispanic Law Student Association. He was selected as one of the “100 Most Influential Hispanics” by Hispanic Business in 2002, 1990, 1989, and 1987. He has been quoted by the New York Times, Wall Street Journal, Washington Post, Chicago Tribune, Christian Science Monitor, Bloomberg, Associated Press, and interviewed by CNN, CNN International, CNBC, NPR, CBS, FOX, and the BBC.

Watch the Notre Dame Fighting for Justice video featuring Gurulé. He was the subject of a faculty profile broadcasted nationwide during half-time of the September 27, 2008 Notre Dame v. Purdue football game. He was one of six faculty profiles aired during the course of the season.

Gurulé was selected as a Fulbright Scholar and spent the Spring semester 2011 studying and teaching in Santiago, Chile.