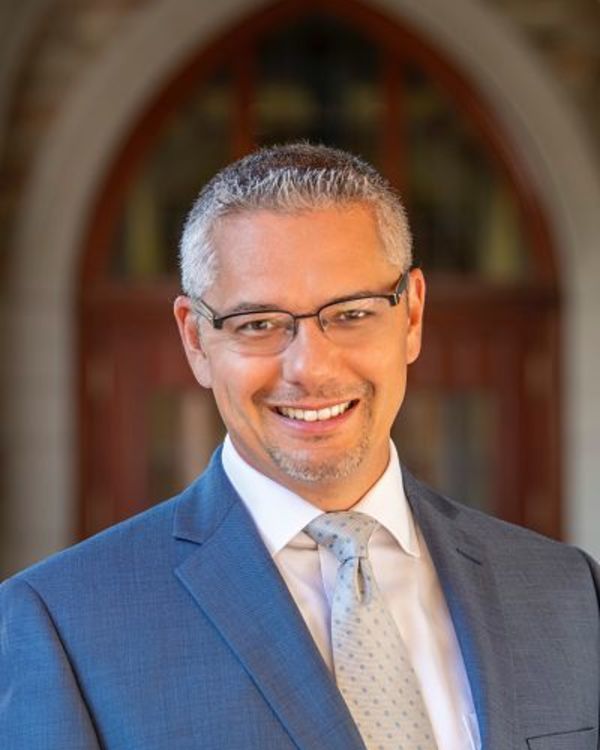 Vincent Phillip Muñoz is the Tocqueville Associate Professor of Political Science and Concurrent Associate Professor of Law at the University of Notre Dame. He is the Founding Director of ND’s Center for Citizenship & Constitutional Government. Under his leadership the programs have raised nearly $20,000,000 in grants, gifts, and pledges.

Dr. Muñoz writes and teaches across the fields of constitutional law, American politics, and political philosophy with a focus on religious liberty and the American Founding. He won a National Endowment for the Humanities fellowship to support his book, Religious Liberty and the American Founding: Natural Rights and the Original Meanings of the First Amendment Religion Clauses, published by the University of Chicago Press in 2022. Articles related the project have appeared in American Political Science Review, The Harvard Journal of Law and Public Policy, Notre Dame Law Review, American Political Thought, and the University of Pennsylvania’s Journal of Constitutional Law.

Dr. Muñoz’s first book, God and the Founders: Madison, Washington, and Jefferson (Cambridge University Press, 2009) won the Hubert Morken Award from the American Political Science Association for the best publication on religion and politics in 2009 and 2010. His First Amendment church-state case reader, Religious Liberty and the American Supreme Court: The Essential Cases and Documents (Rowman & Littlefield) was first published in 2013 (revised edition, 2015) and is being used at Notre Dame and other leading universities. In 2019, he joined the editorial team of American Constitutional Law (11th edition, Routledge, 2019), the leading constitutional law casebooks designed for undergraduate instruction. His scholarship has been cited numerous times in church-state Supreme Court opinions, most recently by Justice Alito in Fulton v. City of Philadelphia (2021) and by both Chief Justice Roberts and Justice Thomas in Espinoza v. Montana (2020).

An award-winning teacher and a popular lecturer, Dr. Muñoz has spoken at nearly 100 colleges and universities in the past several years. He received his B.A. at Claremont McKenna College, his M.A. at Boston College, and his Ph.D. at Claremont Graduate School.