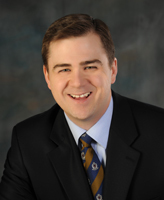 The Wilson Award recognizes the best book on government, politics, or international affairs published in the United States during the previous calendar year.

Notre Dame President Emeritus Rev. Theodore M. Hesburgh, C.S.C., calls the book a “must read” for anyone interested in the role of religion in America’s civic life.

“Their findings from rich case studies and sophisticated analysis of original national surveys will be of great value to academics, politicians, community organizers, religious and non-religious leaders, and American citizens who wonder about why and how religion continues to matter so much in American civic and private life,” he says. 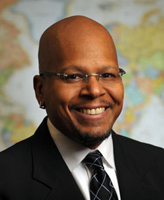 Fascinated by the wildly different accounts of police interactions with members of the Black Panthers, Davenport spent more than a year scouring various newspaper archives to analyze the coverage of these events. The resulting book demonstrates the use of “event cataloging,” an emerging research methodology for comparing and contrasting diverse sources of information.

“I was interested in how our understanding of political conflict in general and violence in particular was influenced by the sources that we consulted,” he says.

God and the Founders 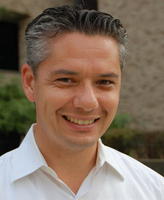 Vincent Phillip Muñoz, Tocqueville Associate Professor of Religion and Public Life, was named co-winner of the 2011 Hubert Morken Award for his book God and the Founders: Madison, Washington, and Jefferson. The biennial prize recognizes the best book in religion and politics.

In God and the Founders, Muñoz analyzes the public documents, private writings, and political actions of James Madison, George Washington, and Thomas Jefferson to explain their competing philosophies of religious freedom and to show how each might have decided key Supreme Court cases.

“I believe the right to religious freedom is one of our most precious natural rights,” he says. “But hard questions exist related to its philosophical foundations, its limits, and how it can best be protected under the rule of law. I was hoping to help scholars, legal practitioners, and citizens better understand the meaning of the right to religious freedom so we can better protect it.”

Skeletons in the Closet 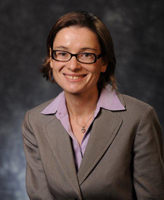 Assistant Professor Monika Nalepa was named co-winner of the 2011 Best Book Award from the Comparative Democratization Section of the APSA for Skeletons in the Closet: Transitional Justice in Post-Communist Europe.

The book examines the strategies behind decisions on whether and how to penalize members of the former authoritarian regimes in Poland, Hungary, and the Czech Republic as those countries transitioned to democracy.

It is a subject of particular interest for Nalepa, who was born in communist Poland and grew up there during the shift to democracy. “I remember very well the immediate aftermath of the transition,” she says, “and there were many conversations about what to do with members of the Communist Party and their collaborators.”