Bleck and Powell began teaching at Notre Dame this fall. Recchia is completing a post-doctoral fellowship at the European University Institute in Florence and will join the department in the 2012–13 academic year.

“My political science colleagues and I are thrilled to have made three terrific hires this year,” says Professor and Political Science Chair Michael Desch. “These young scholars will help to further internationalize our department, the College of Arts and Letters, and the University of Notre Dame.” 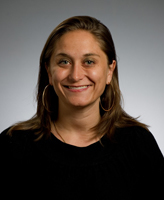 Bleck’s teaching and research interests involve democracy and citizenship in Africa with a focus on French-speaking West Africa, particularly the landlocked nation of Mali. She is one of several new hires in the College of Arts and Letters who study Africa and are part of the interdisciplinary Ford Family Program in Human Development Studies and Solidarity within the University’s Kellogg Institute for International Studies.

“I was really attracted to Notre Dame's social justice mission,” Bleck says. “I thought my research was a great fit with the Kellogg Institute’s and Ford Family Program’s focus on democratization and human development and my own department's and the University's expertise on democratization, participation, and education.”

Bleck first visited Mali while conducting fieldwork for her undergraduate thesis at the University of Chicago. “I went to Bamako (the capital), and it just felt like a second home,” she says. “After that point, you can say I was addicted to Africa.”

Before she entered graduate school, Bleck spent three years working for a girls’ scholarship program in Central and Southern Africa. “During my time in Africa, I became very interested in the lived experience of citizenship and the citizens’ connection to the state through social service provision and education,” she says.

At Notre Dame this fall, Bleck teaches two undergraduate classes: Globalization in Africa and Democracy and Citizenship in Africa. In the spring, she will oversee Field Research Methods for political science graduate students. 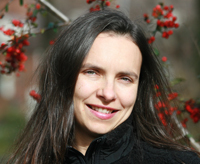 Born to a family of attorneys in communist Poland, Powell experienced the country’s democratic transition firsthand. “I remember going with my parents to the first free elections and remember the times that law started to matter.”

Those early experiences inspired her decision to specialize in international law, international conflict resolution, and international courts, she says. “My parents and my grandmother instilled in me the respect for law and taught me to broaden my horizons. They encouraged me to study law and pursue my doctorate in the United States.”

Powell received her Ph.D. from Florida State University, where she focused on how domestic legal systems—civil, common, and Islamic—affect states’ behavior in the international arena. “In other words,” she asks, “does the substance and structure of domestic law affect the way that states behave toward other states and international courts?”

Powell also holds a law degree from the University of Nicholas Copernicus in Torun, Poland, where she was awarded a fellowship from the country’s Ministry of Justice. “This was a very rare honor, and I was very happy to be a recipient of it,” Powell says.

While at Notre Dame, she plans to write a book about territorial disputes and international law, a topic on which she recently presented a paper at a Peace Science Society conference in Los Angeles. 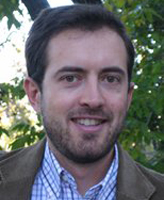 Recchia, a native of Northern Italy, also says his homeland played a role in his development as a political scientist. “My home region, the South Tyrol, was part of the Austro-Hungarian Empire and experienced ethnic cleansing and violent ethnic conflict in the 20th century,” he says. “There are still lingering tensions between those who speak German and those who speak Italian.

“As a teenager who was speaking Italian at home while attending German-language school, I became increasingly interested in my region’s history and in the causes of persistent resentments among local communities. That also led me to become active in the local inter-ethnic movement, in which the Catholic Church has traditionally played a prominent role. These experiences got me interested in the analysis of ethnic conflict and in politics more generally.”

Recchia worked as an analyst on post-conflict rehabilitation and reconciliation for the United Nations in Beirut before beginning his doctoral work at Columbia University, where his research focus shifted increasingly to U.S. foreign policy.

“The United States is, after all, still the country with the greatest ability to shape world politics,” he says.

Last year, Recchia was awarded a research fellowship at the Brookings Institution in Washington, D.C. “I am particularly honored to have held that fellowship,” he says, “because the selection process was highly competitive. Being at Brookings was also extremely helpful for my own research.”

Currently a Max Weber Postdoctoral Fellow at the European University Institute in Italy, Recchia is working on a book and journal articles based on his dissertation, which deals with U.S. policy leading up to military interventions.