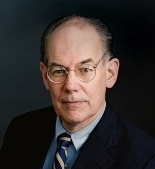 Theory creating and hypothesis testing are both important elements of social science.  Unfortunately, in recent years the balance between theory creation/refinement and the testing of empirical hypotheses has shifted sharply toward the latter.  This trend is unfortunate, because insufficient attention to theory can lead to misspecified models and overreliance on misleading measures of key concepts.  In addition, the poor quality of much of the data in IR makes it less likely that these efforts will produce useful cumulative knowledge.  The shift away from theory and towards hypothesis testing is due mostly to the professionalization of academia, and this trend is likely to continue unless there is a collective decision to alter prevailing academic incentives.

Professor Mearsheimer graduated from West Point in 1970 and then served five years as an officer in the U.S. Air Force. He then started graduate school in political science at Cornell University in 1975. He received his Ph.D. in 1980. He spent the 1979-1980 academic year as a research fellow at the Brookings Institution, and was a post-doctoral fellow at Harvard University's Center for International Affairs from 1980 to 1982. During the 1998-1999 academic year, he was the Whitney H. Shepardson Fellow at the Council on Foreign Relations in New York.

He has also written many articles that have appeared in academic journals like International Security, and popular magazines like the London Review of Books. Furthermore he has written a number of op-ed pieces for the New York Times and the Los Angeles Times dealing with topics like Bosnia, nuclear proliferation, American policy towards India, the failure of Arab-Israeli peace efforts, and the folly of invading Iraq.

Finally, Professor Mearsheimer has won a number of teaching awards. He received the Clark Award for Distinguished Teaching when he was a graduate student at Cornell in 1977, and he won the Quantrell Award for Distinguished Teaching at the University of Chicago in 1985. In addition, he was selected as a Phi Beta Kappa Visiting Scholar for the 1993-1994 academic year. In that capacity, he gave a series of talks at eight colleges and universities. In 2003, he was elected to the American Academy of Arts and Sciences.