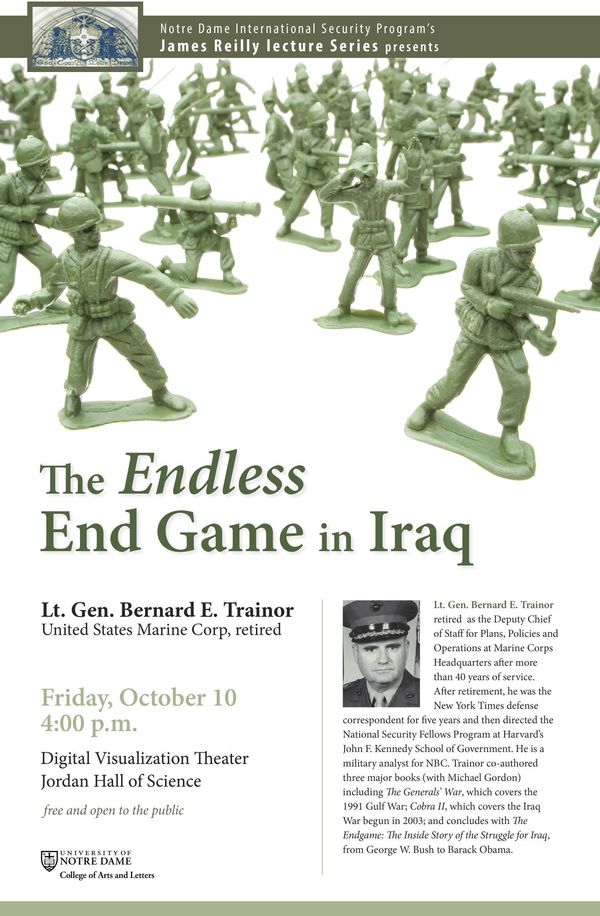 The title of Trainor’s talk is “The Endless End Game in Iraq.” Trainor retired after almost 40 years of service as the Deputy Chief of Staff for Plans, Policies and Operations, Headquarters Marine Corps. After retirement, he was the New York Times Defense correspondent for five years and then directed the National Security Fellows Program at Harvard’s John F. Kennedy School of Government. He is the author with Michael Gordon of three major books including The Generals’ War, which covers the 1991 Gulf War, Cobra II, which covers the Iraq War begun in 2003 and concludes with The Endgame: The Inside Story of the Struggle for Iraq, from George W. Bush to Barack Obama.